We still didn’t have a plan for the day this morning, but the first priority was food. We made reservations for dinner with Skyline Queenstown and started toward downtown in search of our first meal of the day.

After seeing the lines at Fergburger around lunch, dinner, and late night, we decided to try to go there this morning since it was an off-time. We thought a brunch at the burger joint would give us the opportunity to try what so many people had said was a “must-eat destination” without standing in line. We got there around 10:20 and there were only three people in line in front of us. Sweet! By the time we left at 11:15, the line was out the door again. 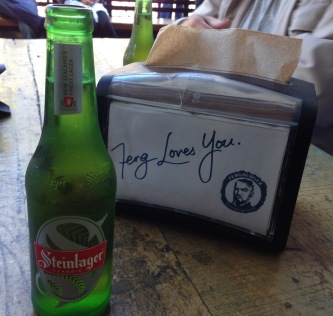 Tim said he was on vacation, so a beer at 10:30 was completely reasonable. 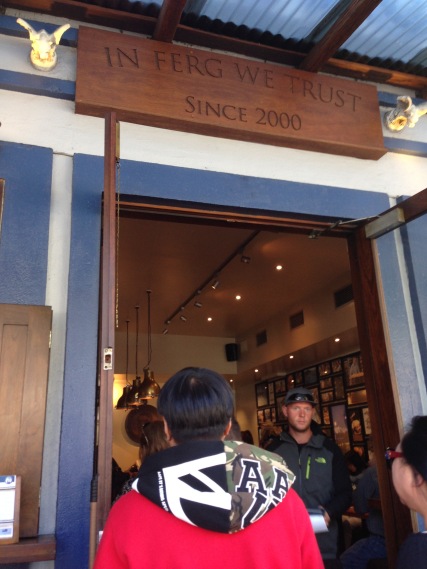 We opted for the classic Fergburger and fries. I have to say that the fries were actually my favorite part–salty goodness. The burger itself wasn’t anything outstanding, though the gluten-free bun was one of the best I’ve had. My favorite thing about the burger was the aioli and tomato relish. Really flavorful! These ingredients would make any burger exceptional, I think. We decided we should have probably tried some of the more unusual burger offerings, like the lamb or falafel burgers, to be able to really judge their burgers overall. Maybe next time we’re in Queenstown, eh?

After Fergburger, we walked around the shops a bit and tried to decide what we would do. A wine tour? A jet boat ride? A hike? No one had strong opinions one way or the other, so we came back to the hotel and did a bit more research. Glenorchy was billed as being “as close to Middle Earth as one could come,” so that piqued Tim’s interest. Apparently several more scenes for Lord of the Rings were filmed in the Glenorchy area. There were nice reviews of some of the walking tracks there, so we decided to make the 40 minute drive to Glenorchy for some tramping in “Middle Earth.”

The views along the way, as with everywhere else we’ve been in this country, were hit-the-brakes-and-pull-over vistas. 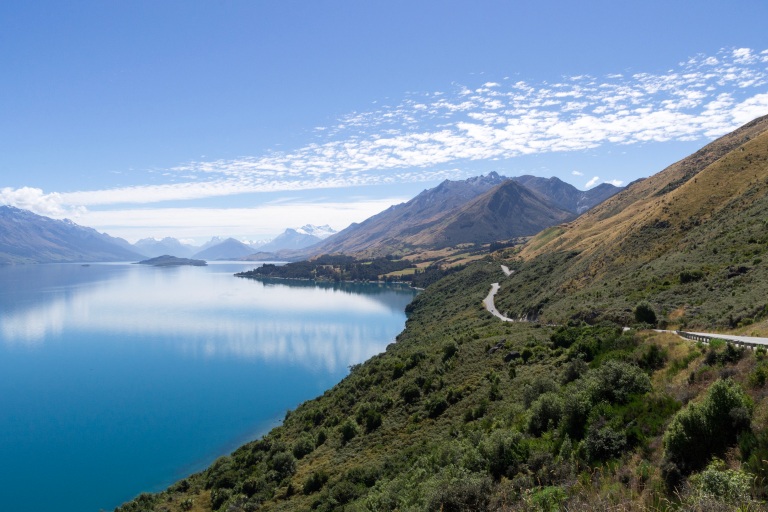 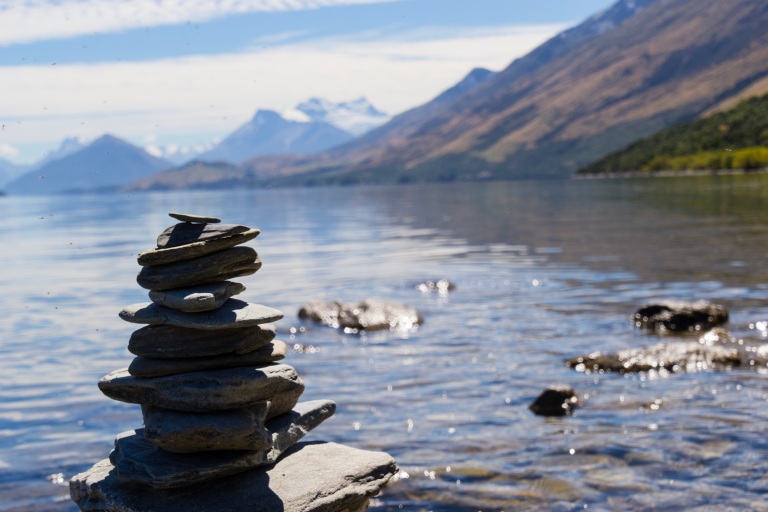 After we arrived in Glenorchy, we realized we couldn’t remember the name of any of the recommended walks, so we just drove until we saw a signpost for a tramping path. We turned into the access for the Glenorchy Walkway, where we did both the Northern Lagoon Circuit and Glenorchy Township Circuit. It was a nice walk on yet another beautiful New Zealand day. I’m not sure we saw anything too Middle-Earthy, but we may just not have gone far enough. We didn’t really care, though. We loved what we saw! 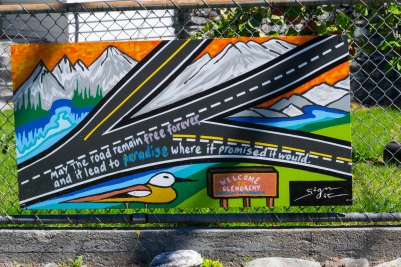 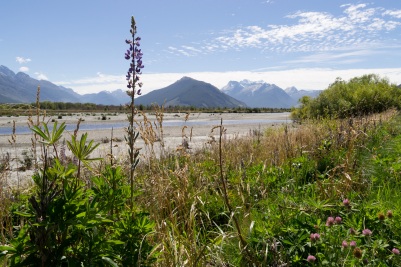 Scouting our next walk 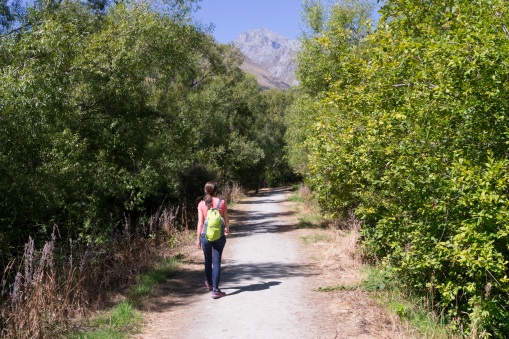 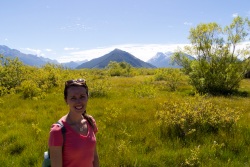 Check out that mountain!

On the way back out of town, we stopped at Mrs. Woolly’s General Store, one of the cutest little shops we’ve encountered. They had some really neat things, not the typical tchotchkes sold in the countless souvenir shops. They also had a nice book exchange outside for the many backpackers who come in and out of the area. (Forever a book nerd, here!)

We had some time to kill before dinner once we got back to Queenstown, so we enjoyed some drinks and the views from our balcony looking out over the lake. We watched parasailing boats, kayaks, and jet boats move across the water in a constant flurry of activity in front of us.

After a little relaxation, we walked over to Skyline Queenstown to enjoy a gondola ride and dinner at their restaurant at the top. 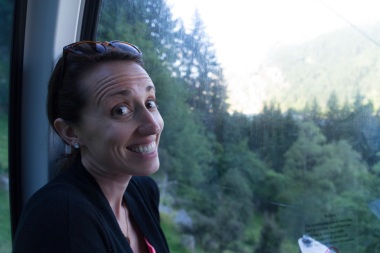 A view on the way up

They recommend reservations twenty-four hours in advance, but we were still able to get a reservation when we called this morning. (Though I did hear a waiter tell a woman that they were completely booked for the evening when we arrived.) The website seemed to suggest you had to pay an extra thirty dollars per person to ensure you got a table by the window, but we did not pay the extra and still got a table by the window. Nice! 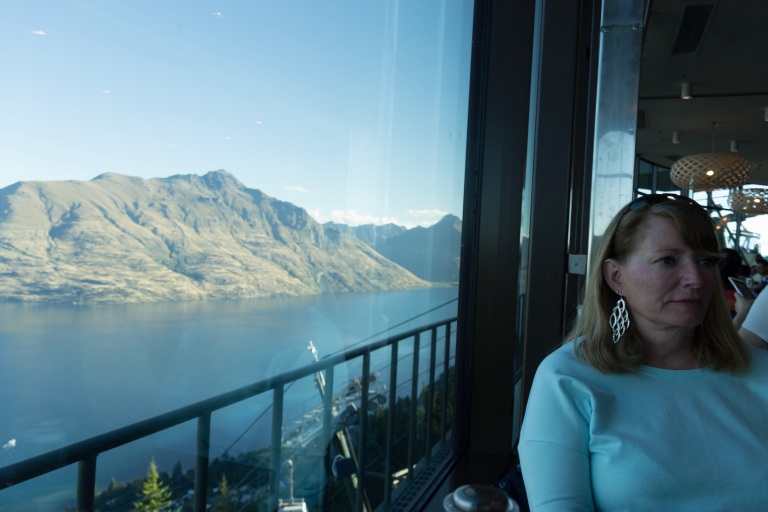 It’s definitely a tourist stop, but for a tourist stop, the buffet was surprisingly good. Venison steaks, lamb, oysters, sushi, and more were on offer. Though not all of it was as good as what we’ve had at other restaurants, it also wasn’t bad. Everything tasted pretty fresh (again, for a buffet), and the bars were kept neat and clean. An extensive dessert selection made for a sweet end to the meal.

After dinner, we took a gondola ride back down the hill to Queenstown and then wandered around the Queenstown cemetery just across from the gondola entrance. Some of the stones in the cemetery were from the early 1800s, and many of them had interesting inscriptions.

We’ve decided that Queenstown is a little like the Gatlinburg of New Zealand: lots of souvenir shops, plenty of activities to tempt tourists to part with their money–even a haunted house. 🙂 It’s not quite the tourist trap that Gatlinburg is, but I think the beauty of Queenstown is enjoying everything around Queenstown more than enjoying Queenstown itself. As a base for adventure, it’s perfect, but not really somewhere we’d spend days on end exclusively.

We’re back on the road tomorrow with our sights set on Mount Cook and Lake Tekapo. Then it’s back to Christchurch and on to Bora Bora. We can’t believe our New Zealand adventure is drawing to a close!