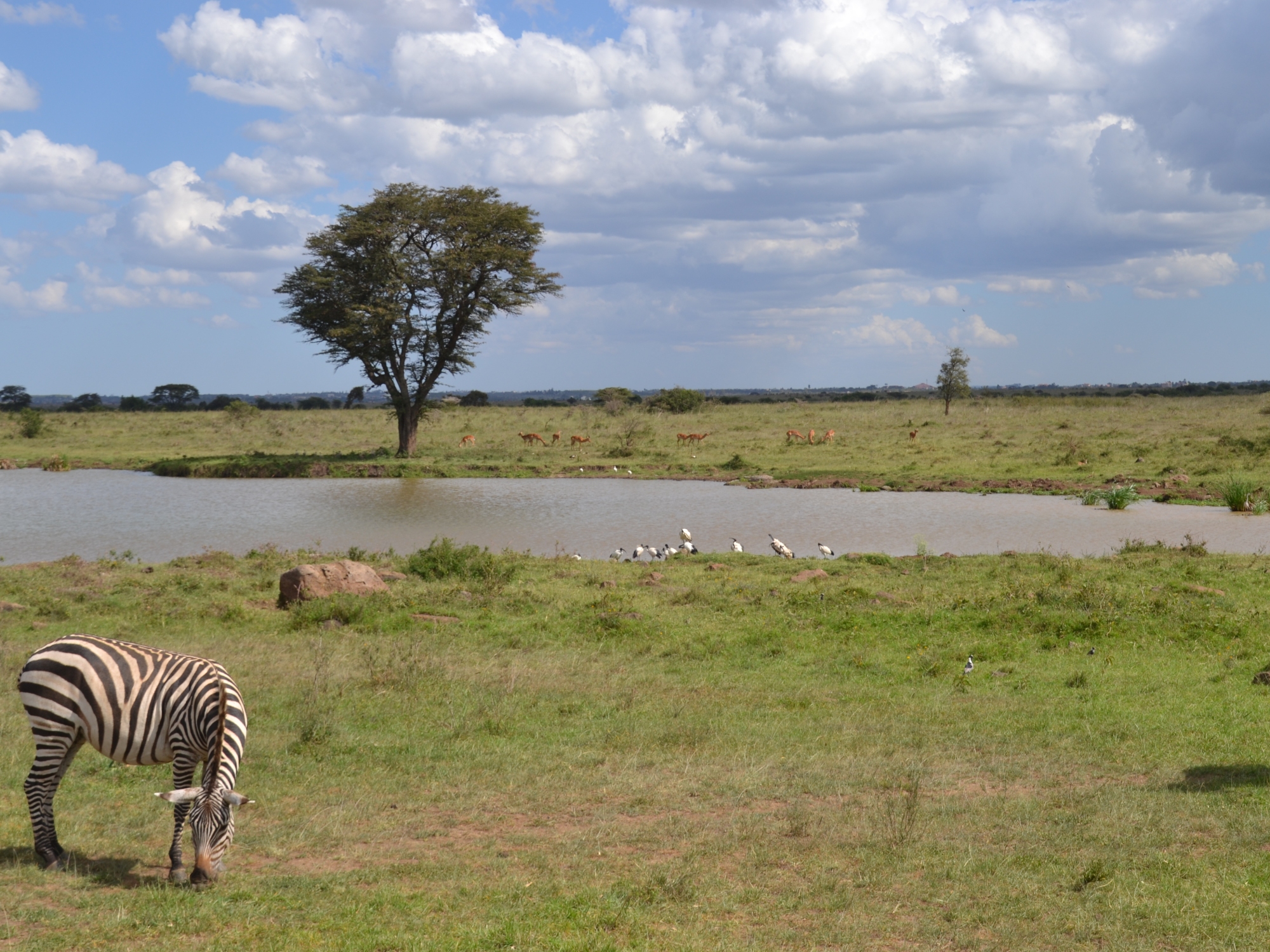 The main purpose of my recent trip to Kenya was to visit Makutano and the school there that is supported by Village Project Africa, an organization with which I’ve been involved since the beginning. I had plans to work a lot while I was there, collecting images and stories to support the organization’s social media narrative, and my best friend and neighbor came as my partner in getting that work completed. She conducted interviews and took pictures and notes until she was dead on her feet. It was a crazy, whirlwind week of travel and running from one place to the next to check everything off the list. 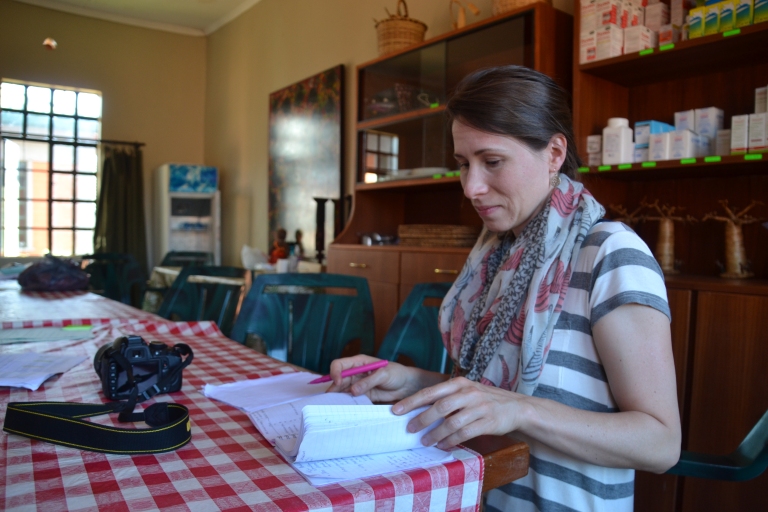 I knew it would be quite a bit of work, and knowing that my sweet friend had never been to Kenya, and like Tim and I on our first trip, thought she might never be back, I knew we had to have a little extra fun. Our schedule and budget was tight, so a visit to a safari camp in the Maasai Mara was out of the question. But a change in our departure flights opened up six hours on our last day in Kenya that I could fill with a truly Kenyan experience of some sort. We considered going to Karen to visit the Karen Blixen house of Out of Africa fame. We talked about going to the markets and Amani ya Juu, one of my favorite little shops in Nairobi. But at the end of the day, Kenya is known for the animals, and I hated for Nicole to leave without a little taste. Even though I was a little skeptical and feeling a bit like a snob after my Massai Mara experience, I found a tour company that agreed to fit a visit to the Nairobi National Park into the hours we had open between flights. The park promised to give us the closest to a true safari experience as we were going to get.

We were picked up from the airport by our tour guide, George, and conveyed through lunch-time rush hour toward the park. I started to feel a bit anxious about the amount of time it was taking to get to the park as I tried to calculate how much time we’d need to get back and make our international flight. And then I started to feel a little sick when I realized we were going to arrive in the park at the worst possible time for animal watching—mid-day! What was I thinking?! Why didn’t I remember before this very moment that morning and evening were the only good times to see animals out and active? Maybe we should have gone to Karen or the market! This could be a complete disaster, and it could be my friend’s only shot at Kenya! By the time we arrived at the eastern gates into the park, I was convinced that we were going to see nothing and that my friend was going to be terribly disappointed.

But not long after pulling through the gates, my heart rate began to return to normal and the chop in my stomach calmed. Right inside the gate we saw a herd of gazelles, two ostriches, and a couple warthogs. Not everyone was taking a midday siesta! My friend was genuinely pleased and excited as we drove through the open plain, spotting water buffalo, zebra, antelopes, secretary birds, and more. To my absolute amazement, we spotted EIGHT rhino—the most I’ve ever seen in the Mara was two. We saw the back legs of a lion and watched a couple giraffe grazing in the trees. The mid-day nature of our tour meant we were practically the only ones in the park. We could spend ages admiring an old buffalo or trying to creep closer to a baby rhino without the pressure of ten other jeeps alongside us. While we may not have seen as many animals as we could have if we had come earlier or later and stayed longer, we had a pretty amazing experience considering the conditions we had. 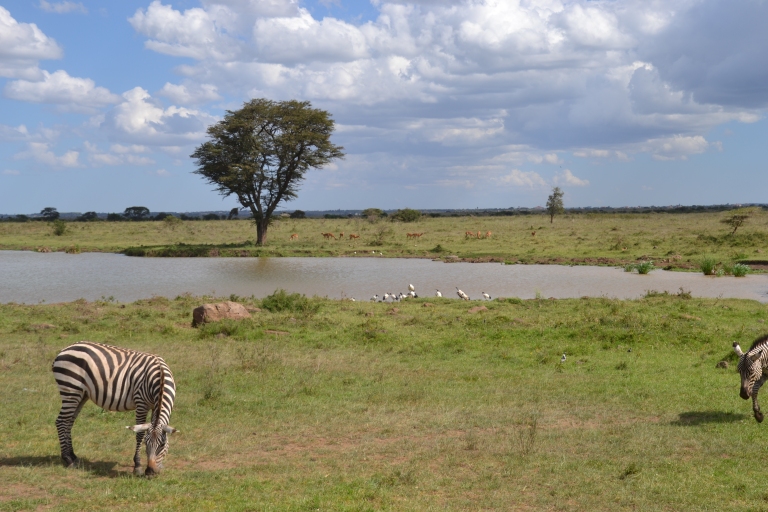 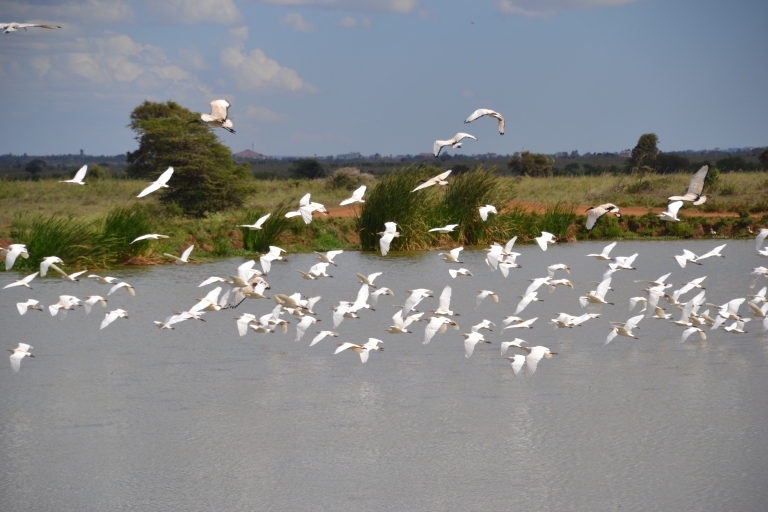 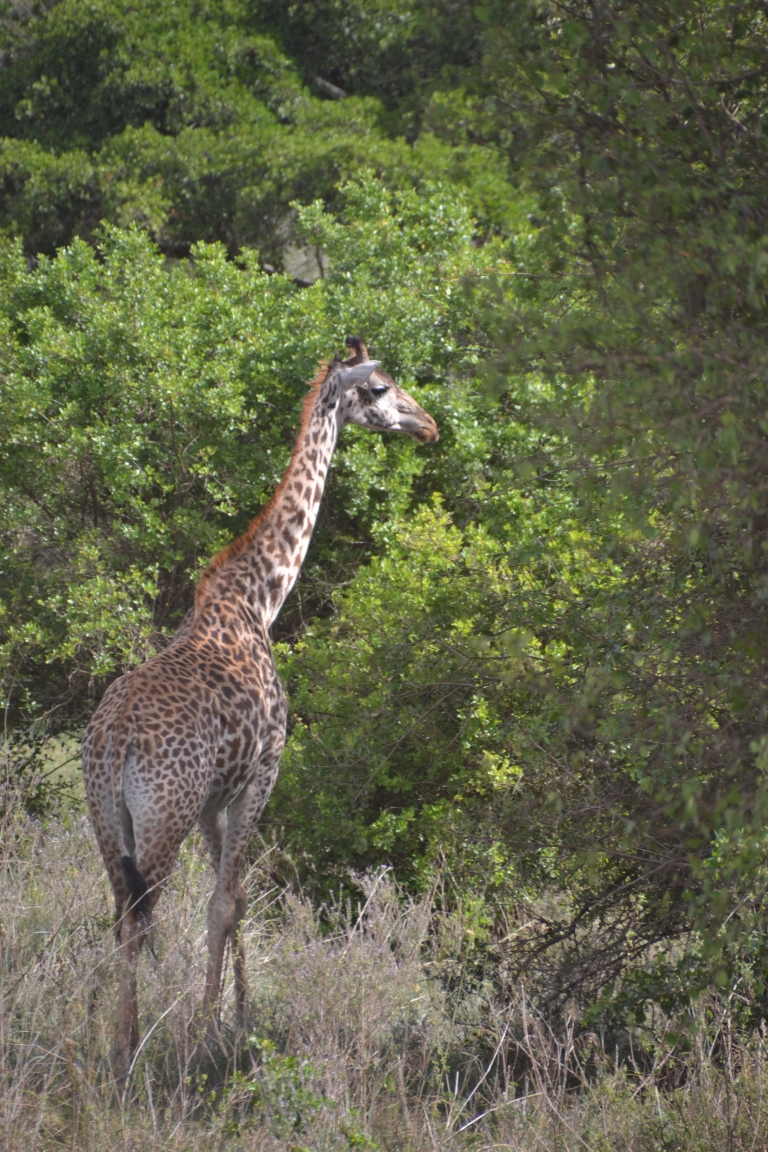 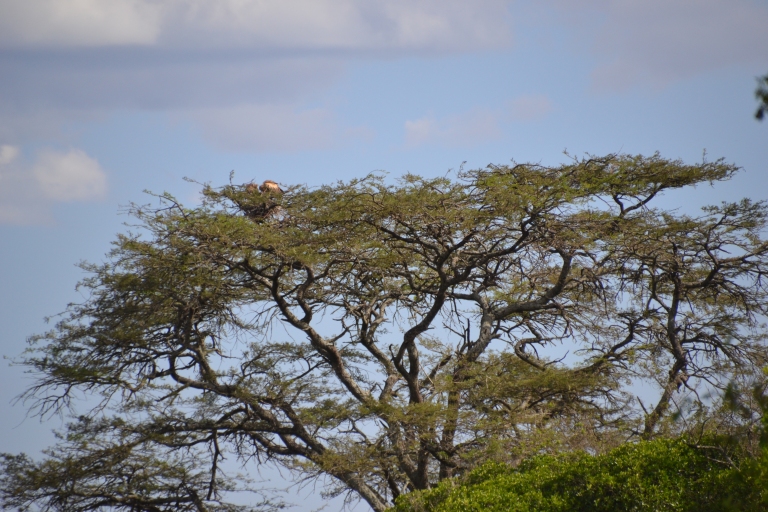 I was afraid that the park would feel like a small step up from a zoo since it was on the edge of the city and would have greater confines than the Maasai Mara, but I was surprised to find that it didn’t feel like that at all. The only reminder that we were close to the city was the skyscrapers and apartment buildings in the distance. From certain vantage points, though, the view of the city was obstructed by trees or outcroppings, and I was reminded of what it felt like being on safari in the Mara. The animals are still wild here, and they still hunt for their food, as evidenced by the remains of water buffalo we passed. The thrill of seeing an animal step out from behind a bush was no different. The park covers enough acres that there is still the possibility that you won’t see an animal like a lion or a rhino, so it’s exciting when you do.

If you only have a half day or so to devote to a safari experience in Kenya, I highly recommend a tour with Natural World Kenya Safaris in Nairobi National Park.* Because of our schedule, we had to ask for an atypical time for the tour (most tours are the morning hours or the evening hours, not the middle of the day). George made sure we saw as much as possible in the short time we had at the worst time of the day to see it. He even got us back to the airport in plenty of time to catch our flight. The whole experience went off without a hitch. My friend was so glad we went, and I was so glad she had the opportunity to have another small taste of what Kenya has to offer!

*If you have more than a half day and safari is on your bucket list, I recommend heading to the Maasai Mara and staying in our favorite tented camp, Kichwa Tembo. Our trip to Kenya scheduled for next summer will allow us a little more time, so you’ll find our group at Kichwa for part of the time!