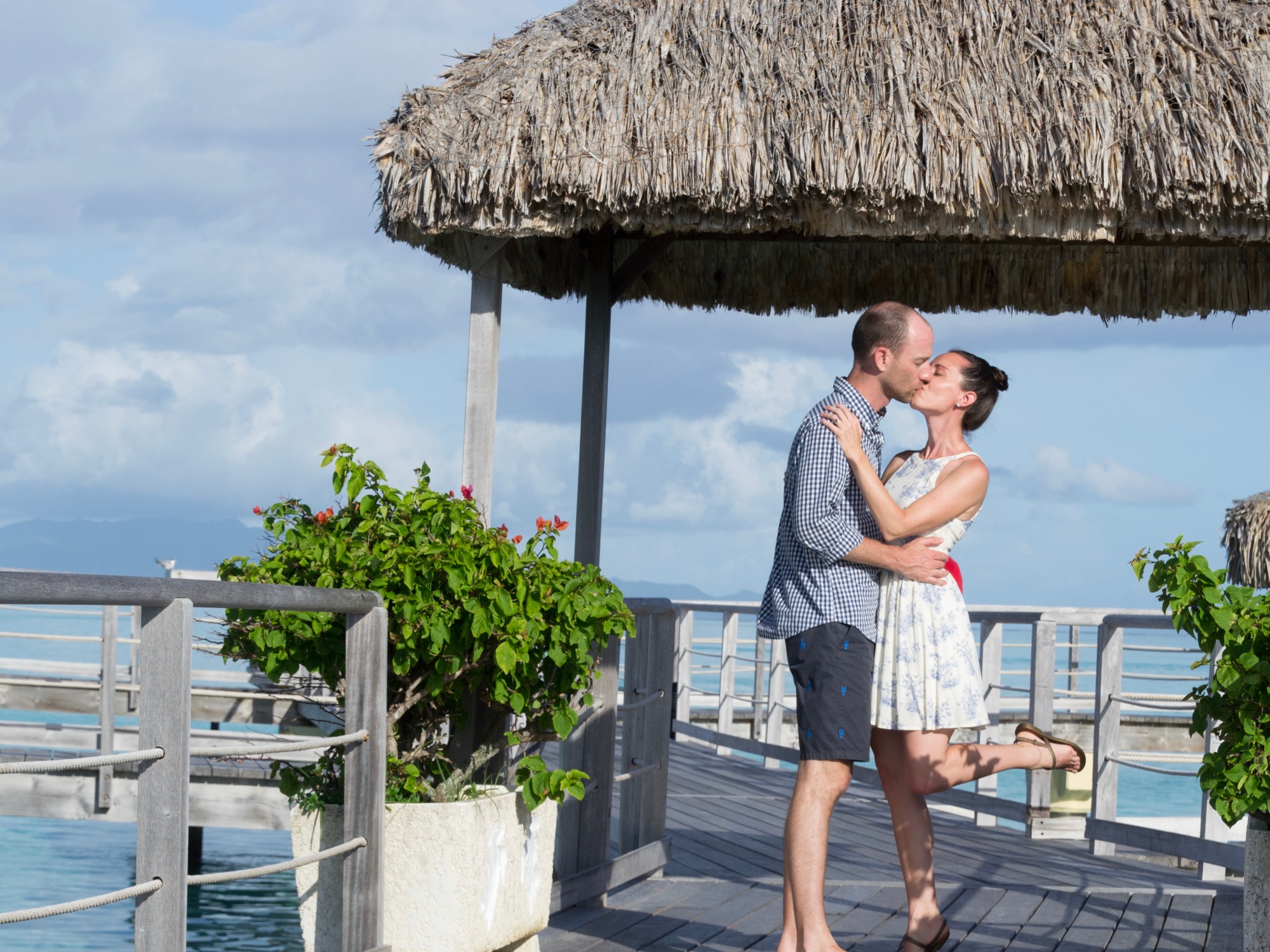 After a little too much sun and fun yesterday, we decided to lay low today. Tim wasn’t feeling up to diving, so he passed on that opportunity. Third time’s the charm for this guy: we decided next vacation he’ll most definitely dive.

Instead of tons of activities, we spent the day relaxing and enjoying the bungalow and the resort. And with a view like this, who could blame us?

After lunch, we took a double kayak out for a bit. It’s been a while since we’ve been in a sea kayak, so that was a fun change of pace for us. Use of kayaks, paddleboards, and snorkel gear is included with your stay at Le Moana, so we had no reason not to go out! 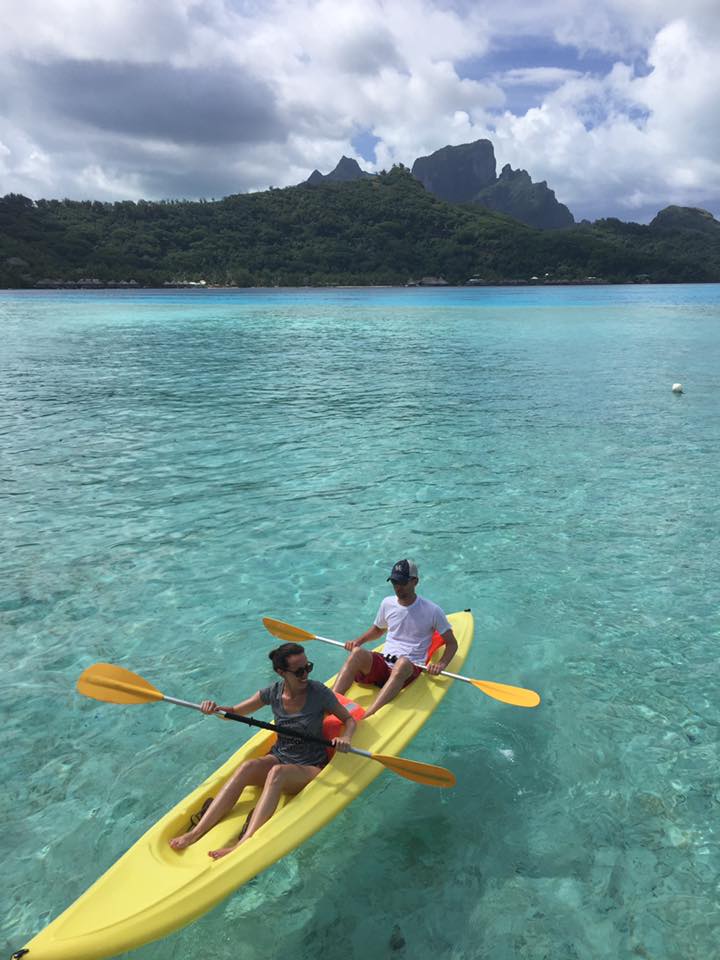 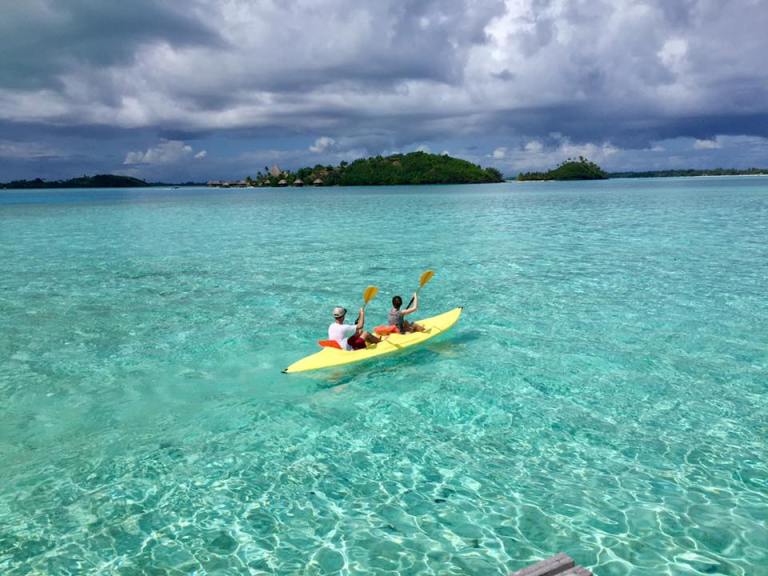 Our final evening in Bora kicked off with a sunset 4×4 tour with Vavau Tours. Our guide, Alex, picked us up from the hotel lobby at 5:00 p.m. and gave us a quick tour of the island along with some interesting facts about the island and its people. Close to sunset, we arrived at the largest port in Bora where most of the American GIs were stationed during World War II. There are still many signs they were there, including many Tahitians whose great- (or more) grandfathers were Americans. We watched the sunset from the top of one of the American lookouts where the old cannon and artillery bunker are still in place. 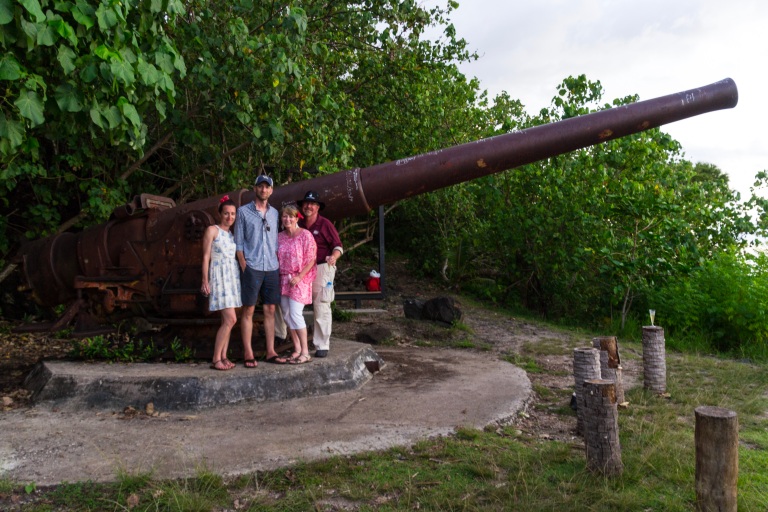 We toasted our last night in Bora and enjoyed watching the sun sink below the horizon.

We have a late departure tomorrow, so we have a little more time to enjoy the amazing water and delights the resort has to offer, but by this time tomorrow, we’ll be on our way home. 😦