We’ve been to Disney. A lot. Especially lately. As a cast member, my sister got some great discounts which meant we traveled to Disney World at least once a year in the last several years. Tim and I both agreed we needed a break on our last trip there on a cold December weekend that saw a park so packed we lost all joy in the experience. We needed some space to fall back in love with what had become our Neverland escape. So, when a work trip took me to Orlando in March, I only had a fleeting thought to invite Tim along.

The conference I was attending was held in a hotel across the street from Disney Springs, a convenient location for dinner and entertainment options after a long day in sessions. I attended the same conference last year, and while I enjoyed being able to get a small taste of Disney, I have to admit it was lonely being there without the people with whom I always share Disney. I found myself taking an egregious amount of selfies and sending them to my mom, my sister, Tim… anyone who popped into my head at any given moment while I strolled the avenues in Disney Springs alone.

With those memories in mind, I asked my mom if she’d like to come for the week I was away. She could lay by the pool while I was at the conference, and then we could walk Disney Springs together in the evening. A girl’s trip of sorts! At the end of the week, when the conference was over, we’d fly home. Simple as that.

But when my mom brought up the idea of a day at Disney World before heading home, I felt compelled to agree. It seemed like she wanted to go, and when a free ticket was offered to me, it really felt like I couldn’t turn it down. 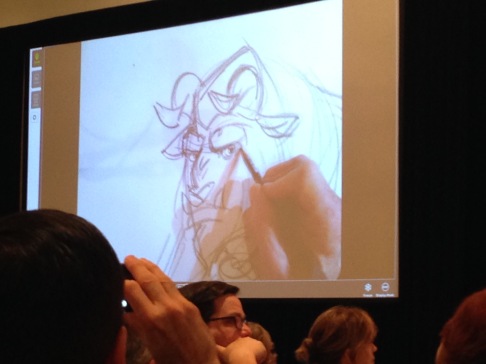 One keynote speaker, Mr. Keane, was the creator of the Beast! 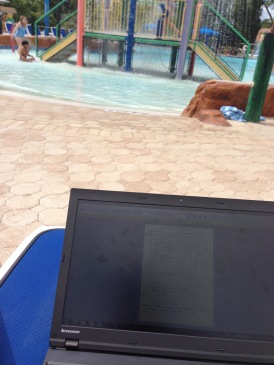 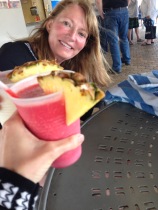 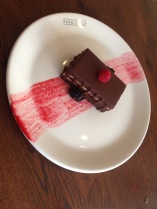 And Morimoto for lunch!

Flash forward to the end of the conference: tired and mentally taxed, I thought our day at Magic Kingdom and EPCOT might have been a mistake. I was ready to get home and unsure how the day would go. 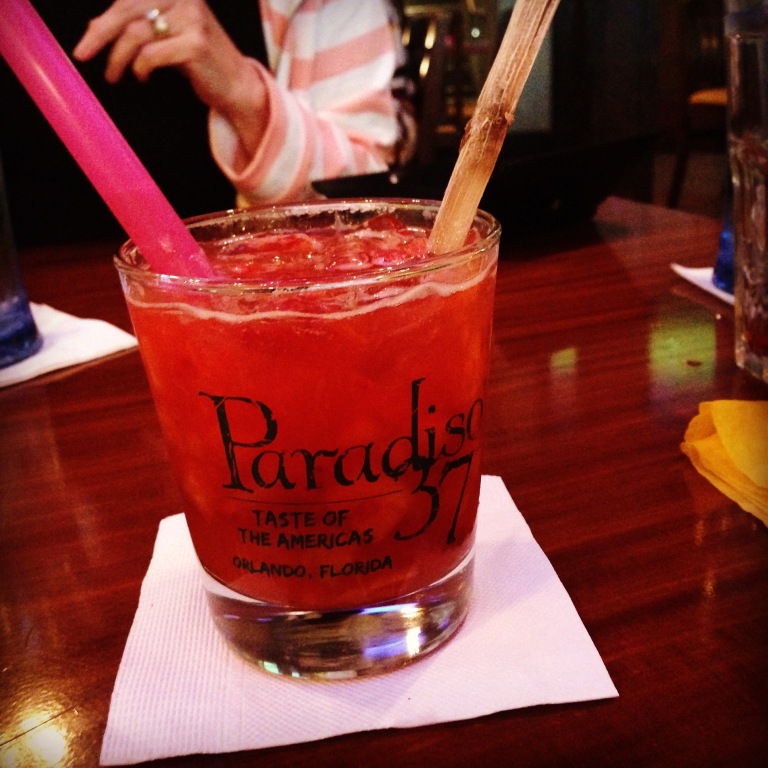 In a moment of caipirinha-induced honesty, Mom and I both confessed that we hadn’t wanted to go to the parks, but we each thought the other had wanted to go, so we sacrificially agreed. A lesson in the importance of honest communication!

Our day actually turned out to be better than I could have imagined. Despite the fact that our Disney day fell right smack-dab during Spring Break season, the crowds weren’t what I had dreaded. And though it seemed ambitious, our decision to hit both Magic Kingdom and EPCOT in the same day turned out to be a great one.

We rode every ride we wanted to ride (including Pirates five or six times and Haunted Mansion four times) and felt like we got plenty of time at both parks. If you’ve not been to Disney as often or as recently as we have, I wouldn’t suggest trying to cram both parks in one day, but for us, it was perfect. Breakfast at Be Our Guest and dinner at Le Cellier with time for Mickey ice cream and drinks in between meant our day was full but perfect.

I can’t lie: we were hurting the next morning. Mom could barely stand on her feet and my legs felt like I’d run a marathon the day before. But we both agreed it was worth it. We had such a great time just the two of us–an experience we hadn’t come close to having since I was six and we went to Disney with my dad prior to the birth of my sister.

It was fun and less hectic than our recent trips, but I still think I’m okay for a couple years at least. I think I’ll preserve the magic and let Neverland stay that way.

One thought on “Mixing Pleasure with Business: Working with some Disney magic in the mix”